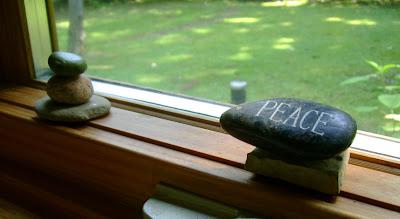 Early last week our house was in shambles. We were attempting to do 10 years worth of house projects in a week because we found out two weeks ago that we needed to get our house appraised. By Sunday we were painting inside and out, spackling repaired walls, building windows, and purging everything that wasn’t necessary. I was focused on the last part. It was something that I have wanted to do for a very long time.

For the record we run a non-profit and a business out of our home. We have a 3 and half year old, and we hate to waste. So stuff accumulates, but for me I need clear spaces for my sanity. All that stuff was really bogging me down on many levels, and I knew it. But it is so hard to tackle something so big like that. I had full intentions to work on it a little at a time, but even when Jude is helping me clean, instead of working on the many projects (“sites” we like to call them) he has going on around the house, we tend to make very little ground. This inspection was exactly what we needed.

Then I woke up in the wee hours of Monday morning, with a major headache. The rest of the day spent in the bathroom or in my bed. The house was still in chaos; much, much worse than it normally is with ladders, cans of paint, and dry vacs creating an obstacle course in the main part of the house. John was busy plugging away on his projects, taking care of Jude, and patting me on the back while I proceeded to eliminate everything humanly possible from my body.

And then, by late Tuesday morning, I was able to rejoin the world and the work that never stopped while I was so ill. I had just enough time to do everything that needed to be done before the appraiser arrived 20 minutes earlier than scheduled. After he left, I walked around my home taking pictures because I am so aware of change. Nothing stays put in this world…everything is in a constant state of change. I wanted to document this moment of house perfection before the apparition faded away.

Change for me often happens in great spurts and bursts. Enormous amounts of energy go into my changes. I think that is why I am so enchanted by wabi sabi. That kind of beauty doesn’t come easily either, but the energy is definitely spread out over a much longer period of time. In this particular instance, major purging was needed internally and externally….thoughts, brush, fear, clutter, toxins…and it needed to happen fast.

I found myself the next day hanging out the laundry and recognizing all the change that had occurred...and the huge sense of relief I had. My vertigo just vanished. I couldn’t even tip my head to the side on Sunday, and two days later I was back to doing the inverted yoga poses I do to greet the morning. Years worth of little nagging projects were completed and there is lots of open space again. I am enjoying the lightness of this new space. 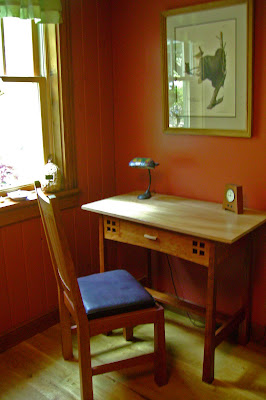