a fairy house for the raspberry fairy

Yesterday, Jude and I made a fairy house to honor our raspberry fairy. Our humble fairy abode was inspired by this one that I saw earlier this spring, and making mud bricks on a rainy day was the perfect activity for a little boy who was ready to beat the door down to get outside despite the dreary day back in May. We let them cure for a few weeks (until the raspberries were ripe:) and assembled our little fairy hut complete with a feather flag. Jude was really happy we found that feather. And he adores the little fairy house that we built. And I have to say we probably just as much fun making the mud bricks as we did building the house. 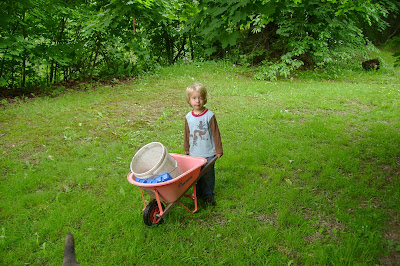 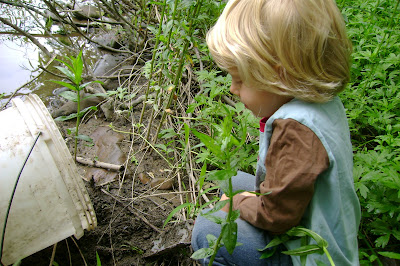 Digging goo with a lot of effort 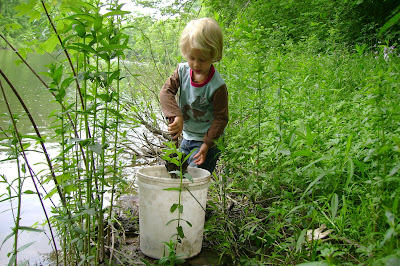 another getting goo shot 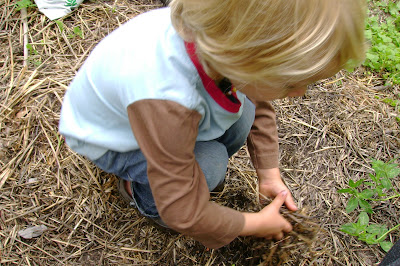 gathering hay for the bricks 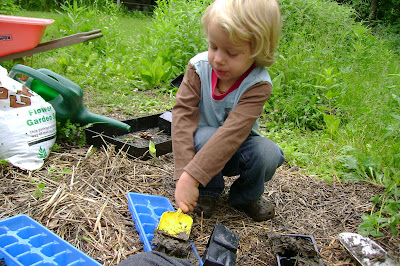 filling up the ice cube trays to make bricks 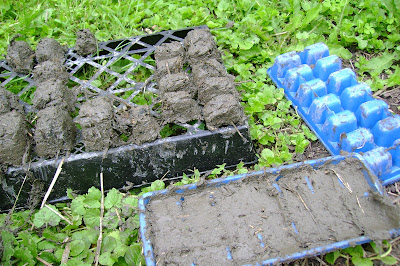 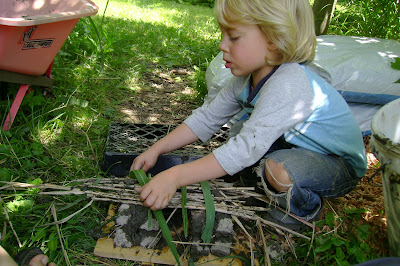 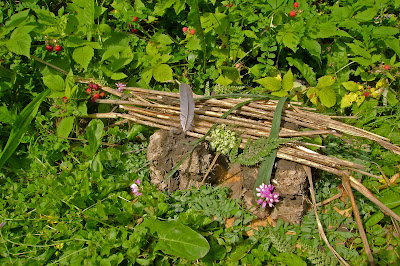 the little hut for our special raspberry fairy
Just so you know a few raspberries were consumed to celebrate the completion of the project;) And now we have another reason to "check" for ripe raspberries.
There must be fairy dust in the air or something because Gardenmama posted an amazing description of her son's celebration of the tooth fairy today. And let me just say right away, her and her son's fairy houses are absolutely beautiful, and I hope that our raspberry fairy doesn't feel slighted. Even though I'm sure she doesn't have an Internet connection, fairies know these things.
Posted by elizabeth ~ so wabi sabi at 6:11 PM